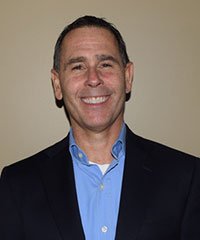 10-year Veteran with Agio to Focus on Traditional Furniture Retailers

VIRGINIA BEACH, VA (Dec. 31, 2014) – Leonard Saldana has been promoted to vice president of product development for Agio-USA.
In his new position, Saldana’s priority will be to grow the indoor furniture retailer segment by developing products that encourage more traditional retailers to embrace Agio’s outdoor line.

“We couldn’t be happier in naming Leonard to this position,” said Bob Gaylord, president of Agio-USA. “His new role will be to leverage his knowledge and experience in developing new products that fit price points that our traditional furniture retailers need for their customers.”

Saldana has been with Agio for 10 years, most recently as vice president of product marketing for the mass segment. “I look forward to this exciting opportunity with Agio,” he said. “Among the most rewarding aspects of my work here at Agio is taking on challenges such as this one,” he said.
Saldana career path has progressed through the furniture industry from design, to project management and eventually to product development and marketing. A California native, he studied design at Cerritos Junior College and entered the workforce as a junior mechanical draftsman, which opened the door into the field of project management with the CalStyle brand.

Before coming to Agio, Saldana was employed for nine year at O’Sullivan Industries. Prior to that, he worked for Sunbeam Outdoor Products, where he first became acquainted with John Oppenheimer, Agio’s executive vice president. Oppenheimer later introduced him to Agio.

Saldana and his wife Ronda currently reside in Nashville and are the parents of three grown children, Kyle, Megan and Ryan. Outside of work, Saldana enjoys being physically active and is an avid runner of marathons and half-marathons. He also likes playing the drums.