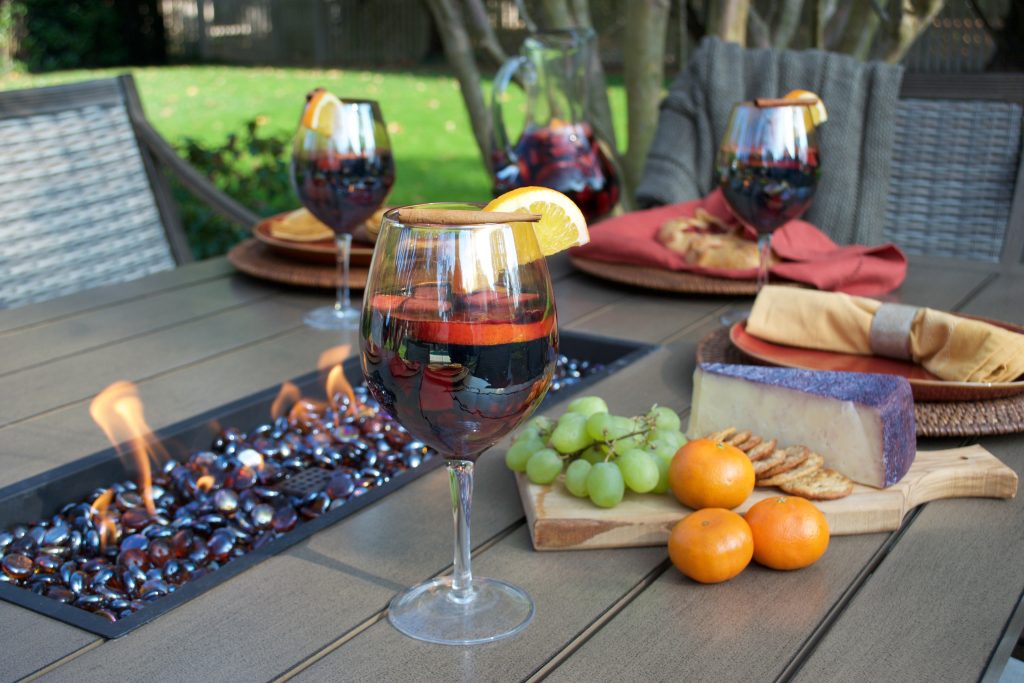 This week marks the beginning of holiday entertaining! While preparing to celebrate Thanksgiving with your family both near and far, don’t forget to slow down and show your friendships some love! Host a Friendsgiving Cocktail Hour in your own backyard using these two easy recipes. Keep things sweet and simple by mixing up a couple cocktails in a batch big enough to serve a crowd.


With the chill in the air, provide your guests with something hot to drink! Mulled Apple Cider has the perfect combination of seasonal spices, a kick of ginger, and dark spiced rum to keep you warm and toasty. Fill up a hot beverage dispenser to keep your cider heated and on tap by the fire.


Spiced Sangria is a brisk autumn day in a glass! Delicious red wine paired with cider, sliced seasonal fruit, pomegranate seeds, apple brandy, and a hint of cinnamon syrup; whip up a large pitcher of this cocktail to keep your guests refreshed. Pair with an easy charcuterie cheese board for a cozy match to enjoy around the firepit.


An evening spent outdoors sharing stories, memories, and enjoying each other’s company is a great way to kick off this holiday season. Cheers!

@ agiofurniture
We are green with envy for this set up! When decor

New on the Blog! After a long winter, spring has f

Happy first day of Spring! The cold winters are ov

Transform your patio into your new favorite spot j

It's that time of year when we Spring ahead and ou

Warm hues and tones make for an extra cozy outdoor

Hope everyone is enjoying their extra long weekend